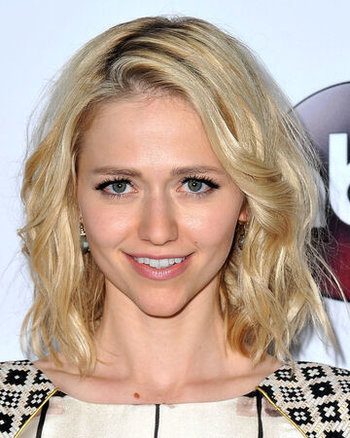 Johanna Elizabeth Braddy (born August 30, 1987) is an American actress. She played the leading role in the 2009 horror film The Grudge 3, and has appeared in Hurt, Easy A, Paranormal Activity 3, and The Levenger Tapes. She also starred as Jenny Matrix in the web series Video Game High School from 2012 to 2014. In 2015, Braddy co-starred as Anna Martin in the Lifetime dark comedy-drama series UnREAL (2015). She also starred as Shelby Wyatt in the ABC thriller series Quantico.

Braddy is married to her Unreal costar Freddie Stroma.