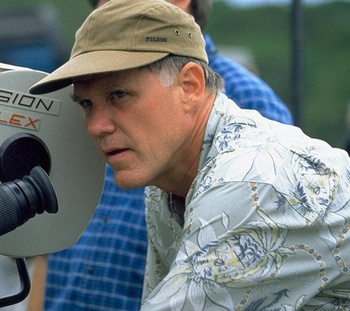 Working with George Lucas and ILM, he designed Boba Fett's armor and AT-ATs and has an Oscar as part of the Best Visual Effects recipients for Raiders of the Lost Ark. After he made his name in visual effects, he began getting cracks at directing effects-driven films under his technical expertise. He's known for directing action films (mainly under the Disney branches like Touchstone or Marvel) that appeal to broad audiences. He's one of the most triumphant examples in Hollywood that action films don't need to Darker and Edgier, R-rated, or full of gratuitous sex in order to be entertaining.