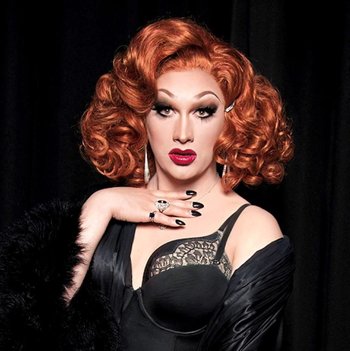 Jinkx Monsoon (born Jerick Hoffer; September 18, 1987) is an American drag queen, singer, comedian, and actor based in Seattle. She came to international attention by winning the fifth season of RuPaul's Drag Race. In June 2019, a panel of judges from New York magazine placed her 18th on their list of "the most powerful drag queens in America", a ranking of 100 former Drag Race contestants.