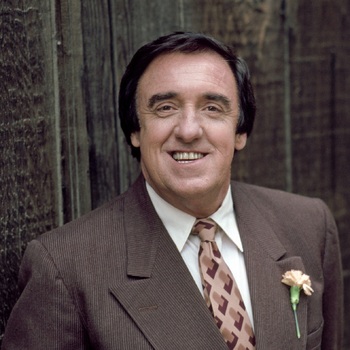 James Thurston Nabors (June 12, 1930 – November 30, 2017) was an American actor, comedian, and singer born in Sylacauga, Alabama. He's best known for playing good-natured hayseed Gomer Pyle on the 1960s sitcoms The Andy Griffith Show and Gomer Pyle, U.S.M.C.. He also appeared as a guest on numerous variety shows (including each and every season premiere of The Carol Burnett Show), had a successful recording career with Columbia Records, and was known for singing "(Back Home Again in) Indiana" during the opening ceremonies of the Indianapolis 500 nearly every year from 1972 to 2014.

He was married to Stan Cadwaller from 2013 to his death, and came out as gay when they got married.