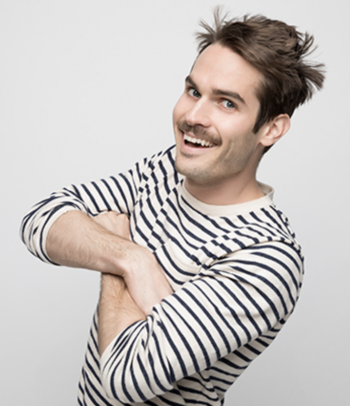 Born in 1987, Jim Cummings is an American actor, director, writer, and producer known for his advocacy in independent film. After briefly working for CollegeHumor, Cummings decided to make a short film about a police officer mourning the death of his mother that would eventually go on to win at Sundance in 2016. The short, Thunder Road, was promptly adapted into a feature that hit select theaters in 2018.

The success of the short led to a production deal between Cummings and the streaming platform Fullscreen to create six single-take short films in the style of Thunder Road, which were released as a series under the title Minutes throughout 2017. He continued his filmmaking career with The Wolf of Snow Hollow in 2020, in which he wrote, directed and acted.

Not to be confused with Jim Cummings, the voice of Winnie-the-Pooh. No, sir, not at all