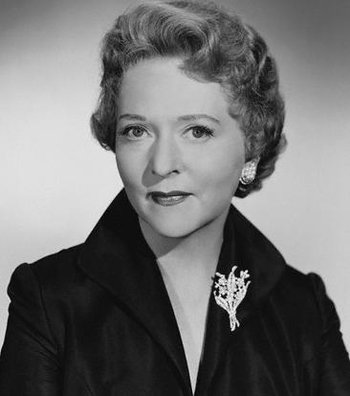 Jessie Royce Landis (born Jessie Medbury; November 25, 1896 – February 2, 1972) was an American actress. She became known in the 1950s for appearing in movies as a character actress, most notably in Alfred Hitchcock's To Catch a Thief (1955) and North By Northwest (1959), both starring Cary Grant; in To Catch a Thief as the mother of Grace Kelly's character, and in North by Northwest as the mother of Grant's character. The latter in particular earned her publicity for portraying Grant's mother despite only being eight years older than him.