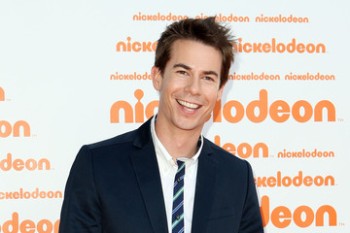 Gerald William "Jerry" Trainor (born January 21, 1977) is an actor who came to prominence playing supporting roles in Nickelodeon KidComs, such as Spencer Shay in iCarly and its 2021 revival and Steve in Drake & Josh. He went on to co-star in yet another Nickelodeon series, the short-lived Wendell & Vinnie. He's also a voice actor; he plays the titular hero in T.U.F.F. Puppy, which runs on (you guessed it) Nickelodeon. He's also had small roles in films like Donnie Darko and Evolution and series like Angel, ER and Malcolm in the Middle.