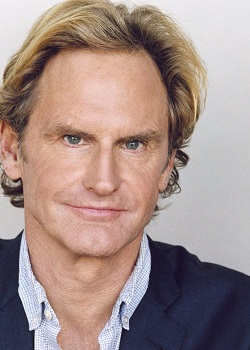 "As a character actor, you have to be able to do whatever they need you to do."
Advertisement:

Jerald Eugene "Jere" Burns II (born October 15, 1954) is an American actor. With his sharp features and soft drawl, Burns is often cast as disarmingly affable villains or other shady types.

The role that many know him for, however, is that of Dixie Mafie middle-man Wynn Duffy on the critically acclaimed Justified. Originally a one-shot guest appearance, Burns was gradually upgraded to recurring and then to a regular to the positive fan and critical reception to his performance.