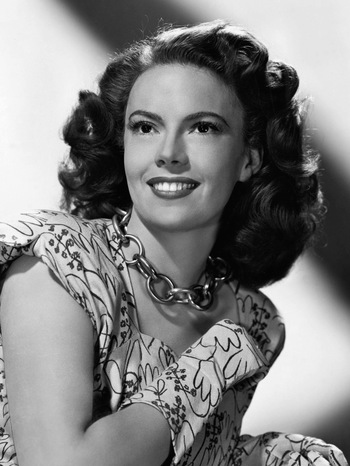 Jayne Meadows (born Jane Cotter; September 27, 1919 – April 26, 2015) was an American actress, author, and frequent Game Show panelist born in China to American missionary parents. She was best known for her roles in Lady in the Lake, David And Bathsheba, and City Slickers.

Meadows was the older sister of Audrey Meadows. She was married twice: the first time to screenwriter Milton Krims; the second time to comedian/presenter Steve Allen, to whom she remained married until his death in 2000. She and Allen had one child, and she was stepmother to three children from his previous marriage.