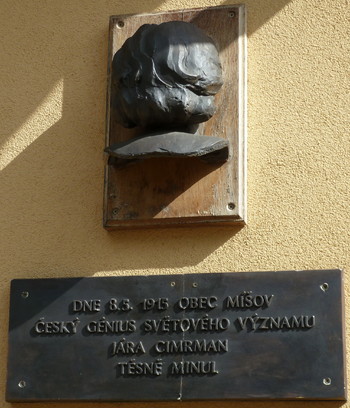 On 8th May 1915 in the town of Míšov, the world‑renowned Czech genius Jára Cimrman passed by narrowly.
Advertisement:

's spirit looms large over Czech culture and popular consciousness. Born in Vienna,note which is in Austria and has always been in Austria he was the quintessential entrepreneurial, creative and hopelessly unsuccessful Czech underdog of the late Hapsburg period.

He was an inventor, a writer, a playwright, a composer, a criminologist, and many other things. He also would have won the "Greatest Czech" poll held by the Czech TV in 2005 (following a template from the BBC), were it not for the perfectly negligible technicality that he is completely and utterly fictional.

Tropes that may apply to Jára Cimrman: