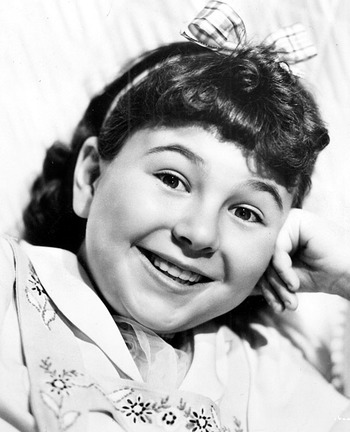 Withers' most famous role as a child actress was as the bratty antagonist to Shirley Temple in the 1934 movie Bright Eyes (In which she looks alarmingly like The Little Rascals' Alfalfa in drag.) She had a small part in the 1934 version of Imitation of Life as a schoolgirl. She appeared in the bit part of Della in 1935's The Farmer Takes a Wife.

A teenaged Withers starred as Clavdia (that's not misspelled, the character is Russian) in the World War II drama The North Star, while as an adult she played Vashi Snythe in Giant. Withers was also later known for her portrayal of "Josephine the Plumber" in a series of TV commercials