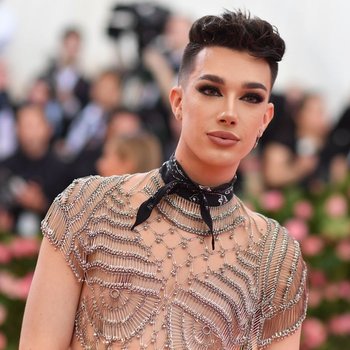 James Charles Dickinson (born May 23, 1999) is an American internet personality and make-up artist, best known for his YouTube channel where he often reviews make-up and creates tutorials for his viewers to try.

Charles' YouTube channel was created in December 2015 and as of 2020, it has 23.6 million subscribers, making Charles the most subscribed male beauty guru channel on the platform. He became the first male ambassador for CoverGirl and also opened the second Morphe Cosmetics store in Birmingham, UK.

Due to his popularity in younger demographics and his relatively clean image, his videos are frequently used by traditional media stars to "cross over" into new media. To date, he has made videos with names like Zendaya, Lil Nas X, Kylie Jenner, and Kathy Griffin.

Charles has been embroiled in some controversies during his career; he's gotten into a public feud with fellow beauty YouTuber Tati Westbrook, received allegations of sexting several 15- to 17-year-olds (which he did admit to but denied knowing their ages at the time; this cost him his partnership with Morphe and lead to YouTube temporarily demonetizing his channel), and has been sued by his former producer Kelly Rocklein for allegedly underpaying her (which he has denied).

His Wikipedia article can be found here.