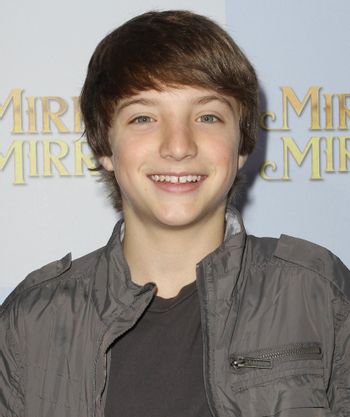 Jake Short (Born May 30, 1997 in Indianapolis, Indiana) is an American teen actor, best known for his role as Nose Noseworthy in the 2009 film Shorts. Short stars as Fletcher Quimby in Disney Channel's comedy series A.N.T. Farm, along with China Anne McClain, Sierra McCormick, Stefanie Scott, Carlon Jeffery & Aedin Mincks, as well as his role as Oliver in Disney XD's Mighty Med, along with Bradley Steven Perry, Devan Leos, Paris Berelc & Augie Isaac. He has made appearances on several commercials, two notable ones were for Glad ForceFlex trash bags and for Florida-made Orange Juice.

on Teens React. Yes, we know he looks like he should be with the kids instead.

Tropes that apply to Mr. Short include: