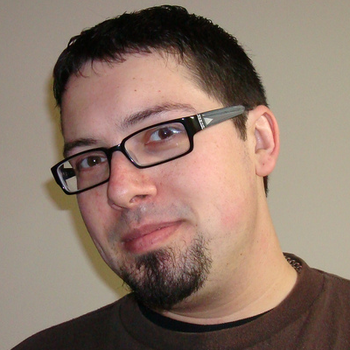 Jake Kaufman, also known by his nickname "virt", is a composer of video game music. Best known for his chiptune work, and for collaborating with video game developer WayForward. ...And if you didn't know about him before that, then chances are you did once the insanely successful kickstarter game Shovel Knight released with him as the game's composer.

He has written music for the following games:

He also composed the music and wrote the lyrics for Big Bad Bosses, an Affectionate Parody on boy bands and Big Bads of gaming.