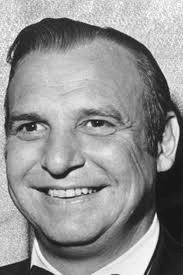 Before Shirley Temple, there was Jackie Coogan (October 26, 1914 – March 1, 1984). He was the son of well established American vaudeville actors and started appearing on stage and film while still an infant. One fateful night at the age of four, Coogan was performing with his parents in Los Angeles, CA, when the wide-eyed little boy caught the attention of actor and director Charlie Chaplin. He was so impressed by Coogan and his acting abilities that he cast him in the role of the Tramp's adopted son in the comedy-drama, The Kid.

This role gave way to Coogan becoming one of the first well known and beloved child stars in Hollywood history. He appeared in over 20 films between 1921 through 1931, and his iconic ragamuffin appearance adorned merchandise that included dolls, stationary, peanut butter, and actual mufflers.

It goes without saying that Jackie Coogan made a lot of money in that short amount of time, with a fortune at over 4 million dollars. His dad had carefully managed it with the promise that Coogan would receive this hard earned money when he reached the age of twenty one. But, tragically, his dad was killed in a car accident five months before that date. Despite this event, Coogan could never have imagined that his fortune would be lost in those five months, so when it was discovered that his mom and new step-dad spent the whole account in that short amount of time behind his back, Coogan sued them for it.

This lawsuit lead to what is now known as "Coogan's Act", or The California Child Actor's Bill. The point of this bill is to protect child actors from financial abuse and exploitation, guaranteeing that a portion of their earnings goes into a savings account that only they can touch when they reach majority age.

But the damage was done — Coogan was now not only estranged from his family that didn't even believe that he actually earned the money in the first place, but he also received only a small settlement from the lawsuit that left him broke fairly quickly as he struggled to take on film roles that transitioned him from child to adult characters. Coogan continued to work with modest success in The Golden Age of Hollywood, but he never could climb back to his former stardom that he had as a child.

He took a break from acting in order to serve in the US Army during WWII, and when the war was over he was able to make a successful comeback in television. There he guest starred in several popular programs including The Andy Griffith Show, The Brady Bunch, The Red Skeleton Show, and from 1964-1966 starred as Uncle Fester in The Addams Family, bringing him back into the spotlight for a new generation of fans.

Coogan died at the age of sixty-nine due to heart failure in Santa Monica, California on March 1st, 1984.