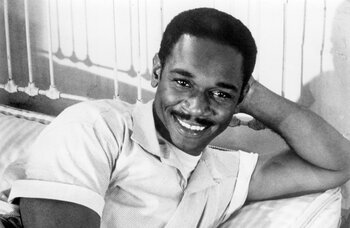 Ivan Nathaniel Dixon III (April 6, 1931 – March 16, 2008) was an American actor, director, producer, and activist. As an actor, his best known role was as Staff Sergeant James "Kinch" Kinchloe in the sitcom Hogan's Heroes. In addition to being an actor, he was a director who directed episodes of The Rockford Files, Wonder Woman (1975), The Waltons and Magnum, P.I.. He also directed the films Trouble Man and The Spook Who Sat By The Door. He was active in the Civil Rights Movement and worked within Hollywood to increase black representation behind and in front of the camera.

Dixon died on March 16, 2008 of complications with kidney failure. He was survived by his wife Berlie Ray Dixon and sons Alan Kimara Dixon and daughter Doris Nomathande Dixon, he was predeceased by his other two sons, Ivan Dixon IV, N'Gai Christopher Dixon.