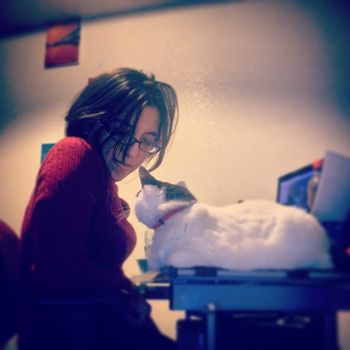 Isabel Ruiz Lucero (March 30, 1989) is an American artist from Albuquerque, New Mexico. She's basically the talent of Heaven Sent Gaming. While she has a Signature Style, reflecting New Mexican and Japanese inspirations, she is extremely versatile with a multitude of distinctive art-styles (kind of like an Artist of a Thousand Styles).

While her first online public profile was on Deviant Art, she has since diversified to Tumblr and Twitter. She is multi-lingual, in fact, she primarily uses the Japanese language on her Twitter account

She started Heaven Sent Gaming with her husband Mario Lucero.