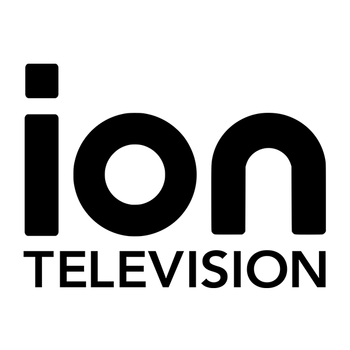 Positively Entertaining
In 1998, Lowell "Bud" Paxson (most famous for unleashing the Home Shopping Network on America's credit cards) established PAX as the seventh commercial broadcast television network in the United States. Paxson, himself a born-again Christian felt that the major networks were too raunchy and violent, and wanted PAX to be The Moral Substitute. Despite airing a few notable original dramas (such as Doc, which starred Billy Ray Cyrus, and Sue Thomas: F.B.Eye), it didn't take off.
Advertisement:

A problem that dogged PAX from day one was that its initial station roster was descended from PAX's spiritual predecessor, a network named "inTV", also owned by Paxson, whose entire schedule consisted of infomercials note (mostly the infamous Alumaloy infomercial, produced for approximately $6.47 and a couple bus tokens). In addition, PAX was made up mostly of second-string independent stations purchased by Paxson which either carried religious programming or didn't step up their game with the rise of Fox, UPN, and The WB in the last 15 years and lagged behind everybody else. Most of these stations were high on the UHF dial and weren't licensed to the largest city in their market note (for example, the Washington, D.C. market needed two PAX stations to make it in: one in West Virginia, the other in Virginia). And like its predecessor, Pat Robertson's The Family Channel, PAX promoted itself as a family network but its programming skewed much older than the coveted 18-34 demographic most networks crave. In addition to the infomercials and rare original series, most of the schedule consisted of (often Bowdlerised) reruns of older programs like Remington Steele, Scarecrow and Mrs. King, and Bonanza; public-domain movies; and several Game Shows (including the third incarnations of Supermarket Sweep and Shop 'Til You Drop). Most of these programs were also carried on The Family Channel prior to its acquisition by Fox and its subsequent revamp as Fox Family (it is now Disney-owned Freeform).

They at one point formed an alliance of sorts with NBC (they had acquired a 32% stake in Paxson Communications in 1999)- NBC and Pax would share some programming, and certain affiliates would provide engineering and back-office services for local Pax stations; in addition, most NBC affiliates would also rebroadcast their newscasts on the area Pax station (and in some cases, produce exclusive newscasts- WKYC-3, the NBC station for Cleveland, would produce a newscast for the Pax station's area of license, Akron, branded as "Channel 23 News"note This was because said Akron station used to be that city's ABC affiliate but eventually had to give it up because of Cleveland's ABC station, WEWS finally succeeding at a decades-long campaign to strip that station of their ABC affiliation and become the exclusive ABC affiliate for the region. The newscast was retained mainly to keep some form of Akron news on the air.)

However, the NBC/Pax partnership was problematic, to say the least. Paxson was hoping to merge with NBC, but NBC was looking to buy Telemundo instead; in late 2001, Paxson sued NBC to prevent that from happening. The courts sided with NBC and the Telemundo acquisition went without a hitch. Around this time, Paxson began to bleed money and cut back on original programs while increasing infomercials; by 2003, Pax was operating 5-6½ hours a day when they weren't airing infomercials, infuriating NBC and local cable providers. In November 2005, NBC divested its minority stake in Paxson.

The network changed its name to "i" (for "independent", as it intended to give small producers a platform to air their programming) in 2005 (ending their programming deal and newscast deals with NBC at the same time). The "i" era schedule still consisted mainly of infomercials; an industry Running Gag was that the "i" name stood for "infomercial", and the only show to result out of the "independent programming" initiative was Palmetto Pointe, a naked Dawson's Creek ripoff that only had a few episodes (because it had low ratings and bled money) whose only difference was that it was set in Charleston, South Carolina and shamelessly promoted South Carolina tourism and Cheerwine. The rest of the schedule is made up of movies, overnight and Sunday morning religious programming, and reruns of various shows, mostly in the Criminal Procedural genre. In the same year, the content editing stopped (except for certain movies which have to meet FCC regulations; usually the default 'TV cut' is now taken) when Paxson left the network; it might shock viewers who remember the old PAX to see Scarface (1983) on a network that was formerly home to Promised Land and Hope Island.

Ion Television would adapt its current name in 2007. While the network's programming remained largely unchanged at the time, the infomercial block, which formerly made up 2/3 of i's broadcast day, is down now to 6-8 hours per day, par for the course with many cable networks. Today, Ion's programming is predominately made up of all-day marathons of one-or-two crime dramas. In 2013, for instance, they seemed to fixate on Law & Order: Criminal Intent (gaining the rights to the mothership and Special Victims Unit by 2016), Psych and Criminal Minds. Clearly, this strategy has worked; as of 2019, Ion regularly outrates The CW and MyNetworkTV in total viewership, something Pax could never do to to either UPN or The WB.

Outside of reruns, they had aired new episodes of Flashpoint as part of a unique deal with CBS to air the series outside the summer months. In March 2012, they signed a deal to air Arena Football League games, and later that October, premiered The C-Level WWE Main Event (The show would move to the WWE Network in 2014). In 2017, Ion would pick up exclusive broadcast rights to the Global TV detective series Private Eyes.

Prior to Ion Media's acquisition by the E. W. Scripps Company, The network operated three digital subchannels until February 28, 2021. The first two being Ion Plus, which carries more of the same (prior to July 2019, it was called Ion Life and showed health programs), and Qubo, with children's entertainment on its stations. Both subchannels have more feature programming than the main feed, with the latter also having aired on some NBC and Telemundo stations (it was created in conjunction with NBCUniversal, which owns the aforementioned networks, though since the Comcast deal where PBS Kids Sprout joined the NBC family, their programming became the new NBC Edutainment Show block in July 2012). A remnant subchannel of the Paxson era, The Worship Network note (which carried a Fun for Some format of nature scenery and light music combined with Bible verses projected on the screen), left the Ion airwaves in January 2010 but remained on some satellite systems until 2013. DirecTV and some Comcast systems note In markets where ION doesn't have a over-the-air station air an infomercial-free version of the main Ion feed, a reaction to threats of the network being dropped by the both of them.

In 2012, a network called Shop TV began to air on the network's fourth subchannel, which soon devolved into 24/7 infomercials and was ignored by everyone but the Ion accounting department. In August 2013, Ion and QVC came to an agreement to carry that shopping network on their fifth digital subchannel, finishing a year where that formerly cable-only network now is carried on broadcast television in some form. Finally it all came back to Bud Paxson's first creation when a couple months later, HSN was added to Ion's sixth subchannel.

As of 2016, Ion began to open up to affiliating with traditional commercial stations via digital subchannel in order to get their signal on the air in markets where getting a new station on the air was impossible. This didn't come with the subchannels, but it helps Ion and those stations thanks to the network establishing a quality schedule that was far from the lows it had in 2005.

On September 24, 2020, it was announced that Ion and its parent company would be acquired by the E. W. Scripps Company, a TV station owner with a growing national network portfolio, in a deal funded in part by Warren Buffet's Berkshire Hathaway. The deal closed on January 7, 2021, after which the Ion owned-and-operated stations kept by Scripps became sister stations to some established Scripps-owned network affiliates. On February 28, 2021, Ion Plus, Ion Shop, and Qubo went off the air to make way for sister networks owned by now-sister company Katz Broadcasting.

In February 2022, Ion took over Court TV Mystery, changing it to Ion Mystery. The lineup remained the same, however, and most markets keep it under the same channel number.

Not to be confused with the manga I.O.N, the play by Euripides, the Saturn car model, or the chemical entity. A company called "Positive Ions" with nothing to do with television filed suit against the network's name, but was laughed out of court.

PAX is also known to have aired repeats of Born Lucky, a Lifetime game show from 1992-93. Ion also owns (and holds) the original 1987-88 version of Lingo and placed it in a 2005 "Viewers' Vote" on their website, but nothing ever came of it (a shame, too, since that version is relatively scarce).