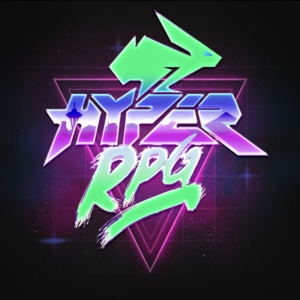 (Hyper RPG) is a gathering place for friends on and offline, centered around video and tabletop gaming, comic books, movies, and more. Hyper RPG pushes the boundaries of collaborative storytelling and shared gaming experiences across the web and around the world. We strive for inclusive content and representation.
Advertisement:

Created by Jordan Weisman (creator of Shadowrun, BattleTech RPG's) and Zac Eubank (former showrunner of Geek & Sundry Twitch), everyone at Hyper RPG would like to welcome you to the Thumper family!

Tropes Hyper RPG as a whole provides examples of these Tropes: