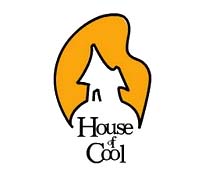 In 2008, the company acquired Red Rover Studios, an accomplished full-service animation studio, after its well-loved founder, Andy Knight, passed away. The acquisition was to add the studio to the company's list of clients, to facilitate the development of their pipeline and to accommodate the growth of their commercial business.

In 2014, House of Cool made a splash in mobile technology with the launch of Get Massively, a platform that powers interactive stories on chat for millions of users.

They also have a blog, which you can visit here

Works by House of Cool include:

NOTE: Works by Red Rover Studios do not belong here; see this page for their filmography.

Tropes associated with House of Cool and its works