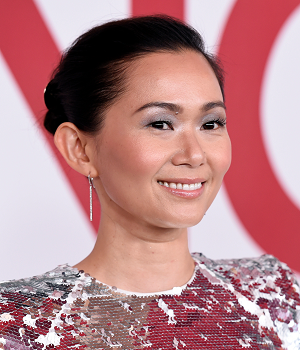 Hong Chaunote Hồng Châu in her native Vietnamese (born June 26, 1979) is a Vietnamese-American actress. Born to refugees fleeing the Vietnam War, Chau was raised in New Orleans before she began to study acting; one of her first major roles was in the NOLA-set Treme. Chau has since popped up in shows like Watchmen (2019) and Big Little Lies. Film-wise, she gained acclaim for her roles in Downsizing and Driveways.

Tropes in her filmography: