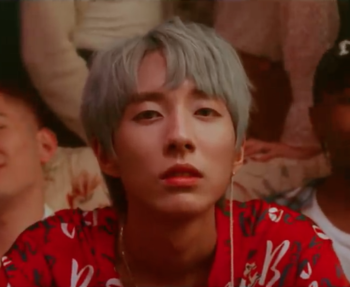 Holland is a Korean Pop Music star who debuted in 2018. He is one of the few out pop stars from Korea and has been supportive of other LGBT+ people. While he has only released three songs, his music has gained a lot of attention for being about his own experiences as a gay man in a conservative country, with his music videos in particular featuring him kissing other men. He named himself Holland because that was the first country where gay marriage became legal.

Holland speaks English and makes an effort to communicate with people from other countries in different languages. Aside from his Youtube channel

A mini-album is in the works, produced through crowdfunding. It has already closed to great success, reaching 217% of the original goal