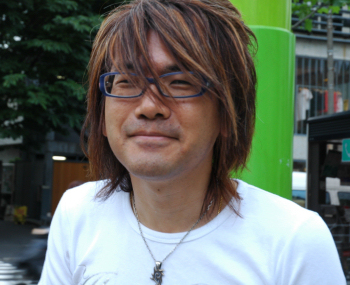 Hiroki Kikuta (born August 29, 1962) is one of the more eccentric video game music composers. His discography has not been very long, but it has been punctuated by extremely notable works, especially the music of Secret of Mana and Trials of Mana. His early game music work was for SquareSoft, but after he left, he branched out into game design, founding the company Sacnoth (later renamed Nautilus) which developed the Shadow Hearts series. In addition to game music, Kikuta has also composed some anime soundtracks. While at Sacnoth, Kikuta fiercely resisted Executive Meddling from publishers — this earned him something of an Auteur License reputation, whether or not he actually deserves it.