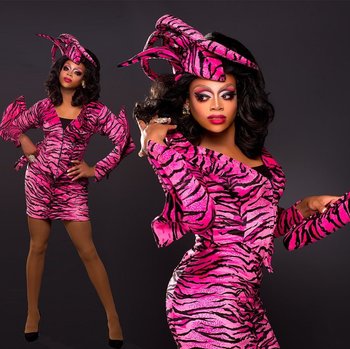 Heidi was raised in Ramseur, North Carolina by her grandmother. Her mother died when she was young and her father was not a part of her life. After turning eighteen, Heidi's sister took her to a drag show where she was immediately fascinated by the art of drag itself.

The origin of Heidi's drag name comes from a joke. She states that a lot of straight men in the town she lived in were actually closeted and would try to chat her up.

Heidi auditioned for the twelfth season of RuPaul's Drag Race and was cast in 2020 with just the one audition. During their run on the show, Heidi's drag name was a source of disapproval from RuPaul and the name was changed as a Running Gag through multiple episodes. Heidi was eventually eliminated, coming in fifth place overall and being voted as the season's Miss Congeniality.

In 2021, Heidi released her first single, G.A.P, a parody of Cardi B and Megan Thee Stallion's W.A.P. She also featured in Tiger Queen: The Tiger King Musical, a playful TikTok parody of Tiger King.

Heidi N Closet provides examples of the below tropes: