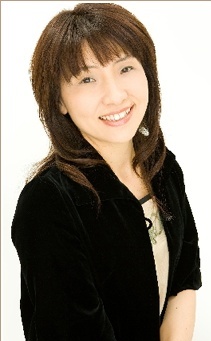 Harumi Ikoma (born February 05, 1970) is a famous voice actress in Japan, affiliated with J Productions. She's known for being one of the main voices of the video game company SNK, being the voice of Nakoruru from Samurai Shodown series, voicing her in most of the video games she appears as Guest Fighter (on the same SNK and in crossovers) as well other media as anime adaptations and her Spin-Off Nakoruru: Ano Hito kara no Okurimono. Also is known for voicing Charlotte from the same series, as well King and "Blue" Mary Ryan since their game debuts to The King of Fighters series. But also she has being seiyuu for anime, mostly known for being Shokou Maruyama in Jubei-chan and Fuuka Matsui in Kodocha.

Apart of her known career in SNK, she also had a radio program with fellow seiyuu Keiko Kamitani called Neo Chupi between 1997 to 2001 on three different stations. Each show had its own quirky talkshows, guests, character corners, and announcements about SNK related products. Sometimes, the show broadcast drama CDs, image songs, or original radio dramas. Even the show itself had their own image songs and compilations of their best programs, which even had repercutions on SNK itself, appearing mentioned in one of SNK vs. Capcom: Card Fighters Clash games.

She has a profile in Anime News Network

and obviously in SNK Wiki

Notable roles (not just for SNK, of course)