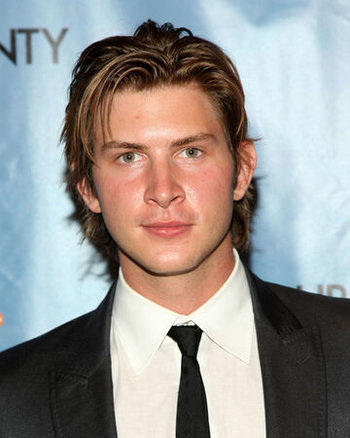 Greyston Holt (born September 30, 1985 as Greyston Stefancsik) is a Canadian actor. He is known for his role as Ray Prager Jr in the television series Durham County, as young Emerson Hauser in the Fox series Alcatraz, and as Clayton Danvers in Space series Bitten.