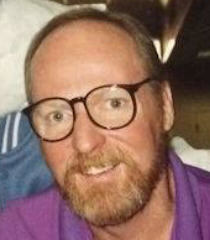 Gregory Lewis Burson (June 29, 1949 – July 22, 2008) was an American voice actor, best known for officially voicing a number of classic Looney Tunes and Hanna-Barbera characters during The '90s and the early Noughties.

Personally trained by Daws Butler, Burson took over many his signature roles after his passing. He was also a replacement for the late Mel Blanc, alternating with Joe Alaskey, Jeff Bergman, Bob Bergen, or Billy West.

In his personal life, Burson struggled with alcoholism. This culminated in 2004, when an armed and inebriated Burson was arrested after barricading himself inside his home for six hours. The incident killed his career, which unfortunately only drove him further into depression.

Burson passed away on July 22, 2008, after four years of being separated from the recording booth. He was 59.