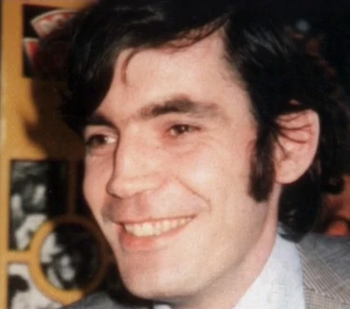 Graham Williams (24 May 1945 – 17 August 1990) was a British television producer and script editor, best known for producing Doctor Who for three seasons from 1977 to 1980. Tom Baker was incumbent as the Fourth Doctor for the entirety of his tenure as producer. His era saw the show go in a Lighter and Softer direction than the Gothic Horror of the preceding Philip Hinchcliffe era. This had been enforced by the higher-ups at The BBC after complaints by Moral Guardians that the programme had been too scary for children, which had led directly to Hinchcliffe being dismissed.
Advertisement:

Perhaps the most striking example of the tonal shift was the introduction of a Kid-Appeal Character - the robot dog K9 - as a companion to the Doctor. During Williams' three seasons, the show also became steadily more comedic, culminating in Douglas Adams becoming script editor for his final season.

After three seasons, Williams moved on. His successor was the former production unit manager John Nathan-Turner, who would reverse the trend of the Williams era and take the show in a far less comedic direction.

Having left the television industry to run a hotel, Graham Williams died in a shooting accident in 1990, aged just 45.