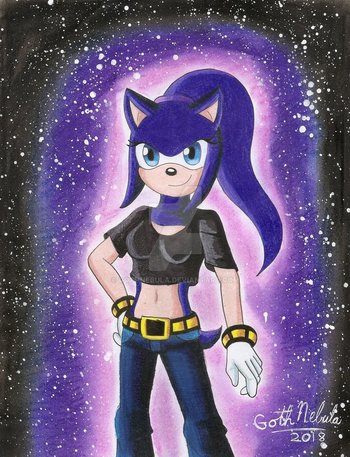 Nebula the Hedgehog
GothNebula (real name: Samantha) is a Sonic the Hedgehog fan writer and artist known in the Sonic Fan Fiction community for her interesting Young Adult-flavored Alternate Universe Fics and So Bad, It's Good quality. Her fanworks often feature her Sailor Earth character, Nebula the Hedgehog. Her favorite pairings are Sonic/Amy, Shadow/Nebula and Silver/Blaze.

You can visit her and check out her work on DeviantArt