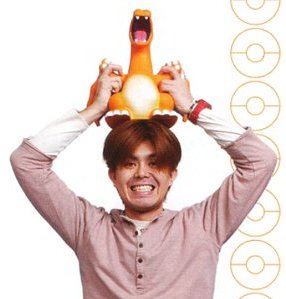 Go Ichinose is a Japanese video game composer, active since 1996, the body of whose composition work consists entirely of games by Game Freak.

Initially he was hired as a programmer and planner, however eventually he became a full-time composer for the company, and was ended up helping to compose the soundtrack of Pokémon Gold and Silver. Since then he has worked on the soundtracks of many Game Freak titles, including a majority of the main series Pokémon titles (and... Pokémon Pinball).

Ichinose’s work mainly consists of jazz pieces that often have a somewhat melancholic tone, most prominent in his work on Pokémon Diamond and Pearl, though sometimes he also composes quite epic orchestral pieces.