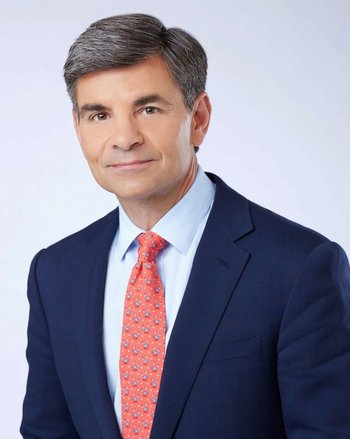 George Robert Stephanopoulos (born February 10, 1961) is an American TV host, political commentator, and former Democratic adviser who is a co-host on Good Morning America on ABC. He rose to early prominence as a communications director for the 1992 presidential campaign of Bill Clinton and subsequently became White House Communications Director. He was later Senior Aadvisor for policy and strategy, before departing in December 1996.

He is married to comedian/actress Alexandra Wentworth and they have two children.