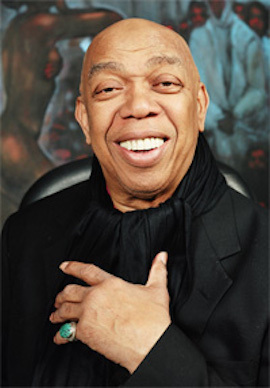 Born in Port of Spain, Trinidad and Tobago, he emigrated to New York in the early 1950s where he made his Broadway debut in the musical House of Flowers. In 1975, he won Tony Awards for direction and costume design for The Wiz.

His acting career included roles in Doctor Dolittle, Live and Let Die (as Baron Samedi), Annie and Boomerang. He narrated Charlie and the Chocolate Factory and also served as the pitchman for 7 Up ads (those about "cola nuts" and "the un-cola") in The '70s and The '80s. By The '90s, he had landed the role of Ray the Sun on Bear in the Big Blue House.