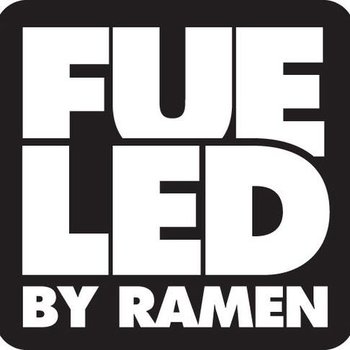 Fueled by Ramen is a record label that is best known for releasing several of the most popular Emo and Pop Punk records of the 2000s. It's currently a member of the Warner Music Group and is currently distributed by The Elektra Music Group after previously being distributed by Atlantic Records. The name comes from the diet of ramen noodles that the founders had in the label's early years when they had spent most of their money on making records.

The label was founded by John Janick and Less Than Jake Drummer Vinnie Fiorello in Florida in 1996. They had some minor success with their first few signees, releasing recordings from Jimmy Eat World and Yellowcard. The label was one of the first to be on Myspace and Youtube along with some other websites, helping them gain a following through the internet. Their mainstream breakthrough though came with Fall Out Boy who decided to sign with the label in 2003 despite bids from larger labels. Their debut album, Take This to Your Grave, provided significant success for the label. The label would find further success by signing other acts like Gym Class Heroes, Panic! at the Disco and Paramore.

Vinnie left Ramen in 2006 due to losing passion in the music the label was investing in and the direction it was taking towards future signees. Regardless, after moving to New York City, the label still managed to prosper. Even after Emo and Pop Punk in general saw some decline in the charts during the The New '10s, the label has maintained success on the single and album charts thanks to newer signees like fun. and Twenty One Pilots.

During Fall Out Boy’s tenure with the label in 2005, their bass player, Pete Wentz, joined with Janick to create an imprint label called Decaydance Records. Initially, it signed acts that were already on the Fueled By Ramen roster. It has since become independent from Ramen and has changed its name to DCD2 Records in 2016, though it kept its remaining acts in addition to signing some new ones.

Fueled by Ramen performers, past and present, with TV Tropes pages: