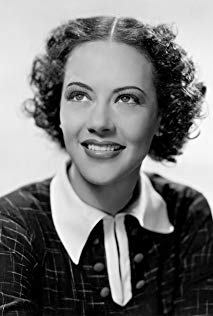 Fredi is best known for her portrayal of Peola in Imitation of Life (1934) - a groundbreaking film that addressed race relations in America in that very character; she's born fair-skinned to a black mother, and eventually tries to pass for white - breaking her mother's heart in the process. Fredi herself was of mixed black and white ancestry, and afterwards received lots of fan mail from young people of colour thanking her for portraying their "struggles and contradictions" on the big screen.

This was both a blessing and a curse. The Hays Code forbade any form of 'miscegenation' (and Imitation of Life itself was not approved by the office until two weeks into production) - so that prevented Fredi from being cast as a leading lady alongside white performers. And as she was lighter-skinned, this made her lose out on a lot of roles for black women as well. She retired from films by the end of the 1930s.

Her experiences as an actress led to her becoming outspoken about racism and the issues that faced African-Americans. In her life she was also a theatre writer and casting assistant - she was responsible for casting pioneer Dorothy Dandridge in Carmen Jones! She was also given her start by none other than Josephine Baker - who got her cast in the Broadway musical Shuffle Along.