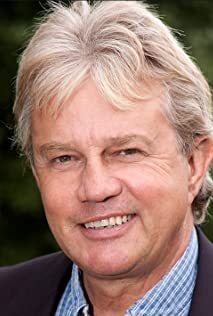 " As an actor, you usually get cast, do the job and go home. To have been a part of two such well loved and enduring shows is something that most actors only dream of, and I feel very blessed to have had the opportunity to work on them."
On playing Jamie McCrimmon and Joe Sugden
Advertisement:

Frazer Hines (born 22 September 1944) is an English actor. He is known for playing Doctor Who companion Jamie McCrimmon from 1966 to 1969, where he formed a famous double act with Patrick Troughton. He is also known for his long running role as Joe Sugden on the soap Emmerdale, from 1972 to 1994.

Hines began his career as a child actor in 1955, aged 11, acting in both television and films. He first worked with Patrick Troughton on the now lost television series Smuggler's Bay in 1964. Two years later, Troughton had been cast as the Second Doctor on Doctor Who, and his second serial, "The Highlanders", was set in 18th century Scotland. Although an Englishman by birth, upbringing and natural accent, Hines' ability to effect a Scottish accent (helped by having a Scottish mother) saw him cast as the guest character Jamie McCrimmon, a Highland piper.

During production, it was decided that Jamie should instead become a permanent companion to the Doctor, and Hines accepted the offer to stay on, which necessitated his departure scene being re-filmed. Hines would ultimately remain in the role of Jamie for the entire remainder of Troughton's tenure as the Doctor; they departed together (along with Wendy Padbury, who had joined the TARDIS team as Zoe Heriot in 1968) after "The War Games" in 1969. He remains the longest serving Doctor Who companion actor by episode count, appearing in 116 episodes. The changes in the way television is made and produced since The '60s effectively means that Hines's record will never be broken.

Hines has maintained a lifelong association with Doctor Who: he reprised his as Jamie role on-screen twice, in a cameo in "The Five Doctors" (1983), and a larger role in "The Two Doctors" (1985), and continues to regularly appear at conventions. He has also reprised his role as Jamie in audio form from 2007 onwards for Big Finish Productions, frequently also voicing the Second Doctor owing to his uncanny ability to mimic the voice of his late friend and co-star Patrick Troughton.

Tropes associated with this actor's life and work include: