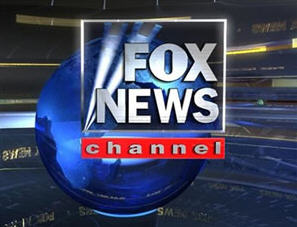 A full time American 24-hour cable news network, launched on October 7th, 1996. Fox News offers programs such as America's Newsroom, The Fox Report, The O'Reilly Factor, and Hannity, among others.

Along with broader categories of news, the channel also concerns itself heavily with politics.

Fox News shows that have their own page:

This network contains examples of: