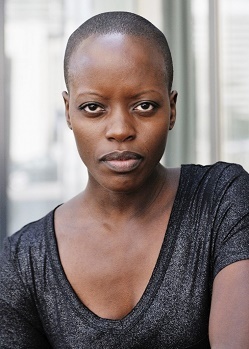 Move, or you will be moved.
Advertisement:

For years, she acted in various American, German, and Dutch films and TV shows, before her telling Black Widow to "Move, or be moved" in Captain America: Civil War. That single line propelled her unnamed character to Ensemble Dark Horse status, and she was confirmed to be part of the Black Panther (2018) film, with her character confirmed as Dora Milaje member Ayo.