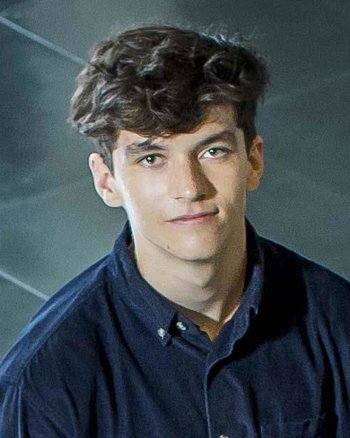 Fionn Whitehead (pronounced Fin, born 18 July 1997 in Richmond, London) is a British actor. He comes from an artsy background and began theatrical acting when he was 13, later entering the National Youth Theatre. After graduating from high school he tried professional acting, and got cast in his first series later that year; in his first two years of professional acting he was one of those odd people who played the lead in all of his works.