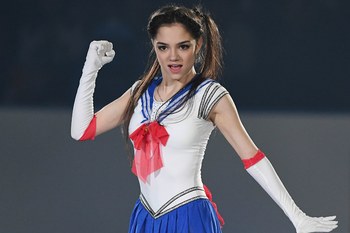 Evgenia Medvedeva is a Russian figure skater. She is a two-time world champion, who also won the silver medal at the Pyeongchang Olympic Games. Her stated goal is to win at the Beijing games in 2022.

She is also well-known for being a fan of several anime and liking Kpop, and is one of the most popular skaters on social media.

Medvedeva trains in Moscow and is being coached by Eteri Tutberidze.