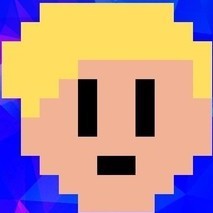 Evan Crose is an Internet personality that began his internet career in 2013 with his first YouTube channel. note  Well, it was his first solo channel. His Internet career technically started in 2012 with a couple of Old Shame videos he made with his brother. However he likes to say 2013 is his start as all the 2012 videos have been deleted. Since then he has been involved in a variety of projects related to some of his favorite things. Video Games, Anime, Western Animation, Film, etc. Since he's not very popular most of his work is just passion projects. In 2015 he began his most notable work The Animated Critic Blog. Which later lead to the development of the Animated Critic Universe in 2016. Most works from before that point are considered an Old Shame.