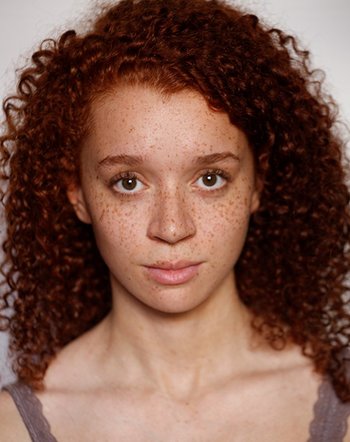 Erin Kellyman (born 17 October 1998 in Tamworth, Staffordshire) is a British actress of Irish and Jamaican descent.

She's known for her roles in Raised by Wolves (2013), The Coopers Vs The Rest, Solo: A Star Wars Story and the Marvel Cinematic Universe miniseries The Falcon and the Winter Soldier.

She has spoken of her pride in playing characters who share her mixed race heritage for greater representation, especially for other women with the same ancestry. In addition, she's openly gay.