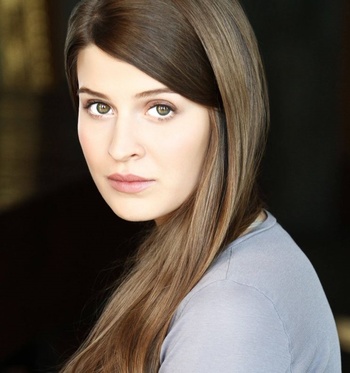 She studied acting at the Guildhall School of Music & Drama in London and made herself a career mostly on stage until the mid-2010s. She's best known for the role of Martha Wayne (née Kane), the future mother of Bruce Wayne, in the ePix series Pennyworth.

Tropes & Trivia about her career: