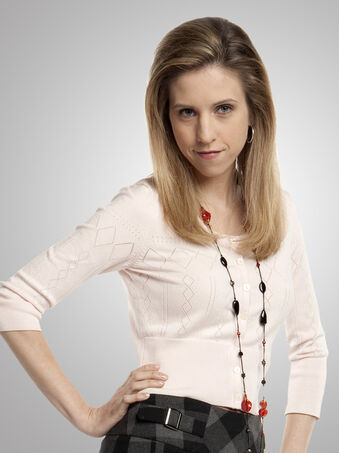 Emily Jean Perkins (born May 4, 1977 in Vancouver, British Columbia) is a Canadian actress best known for her role as Brigitte Fitzgerald in Ginger Snaps and as young Beverly Marsh in It (1990). She has appeared in numerous films and television series since the age of 12.