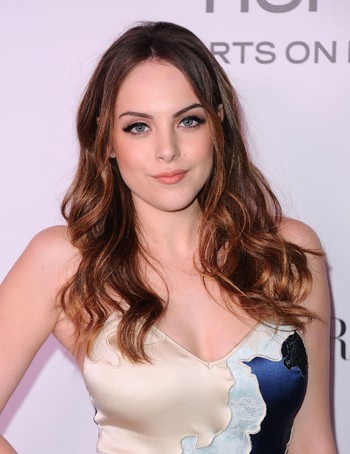 Elizabeth Egan "Liz" Gillies (born July 26, 1993) is an American actor and singer. She's best known for her roles of Lucy in 13, Jade in Victorious, Mandy in the horror movie Animal, Callie Ross in the Lifetime movie Killing Daddy, Gigi in Sex&Drugs&Rock&Roll, and Fallon Carrington on Dynasty (2017).

Her work exhibits the following tropes: