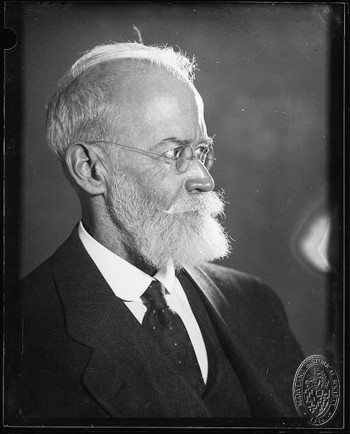 Edward Lucas White (11 May 1866 - 30 Mar 1934) was an American author, born in Bergen, New Jersey. His professional writing career lasted from the mid-1900's through the early 1930's, and included both historical and speculative fiction stories and novels.

White went to John Hopkins University in Baltimore, Maryland, residing in that city until the end of his life. From 1915 until his retirement in 1930, he taught at the Boys' School in Baltimore.

White wrote several historical novels, and numerous science fiction and horror stories. He also worked on a very long utopian science fiction novel, Plus Ultra, which in its last form reached some 500 thousand words, but which he never finished.

On March 30th, 1934, seven years to the day after the death of his beloved wife Agnes Gerry, he committed suicide by gas in his bathroom.