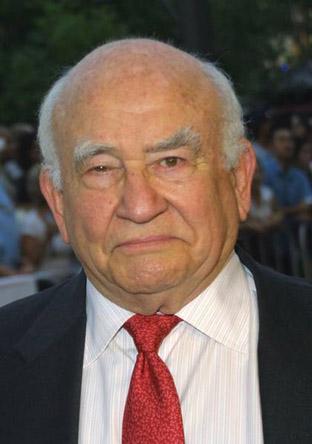 There'd better not be any spunk in this entry...

Eddie "Ed" Asner (Hebrew name Yitzhak, also credited as Edward Asner; November 15, 1929 – August 29, 2021) was an Emmy Award-winning American actor whose career lasted more than six decades. He's perhaps best known for his character Lou Grant, who debuted in The Mary Tyler Moore Show. After the show's run, Asner's character would be given his own show, Lou Grant. This made him one of the few actors to play the same character on both a comedy series and a drama series (and he won Emmys in both categories, a feat that's only happened one other time since with Uzo Aduba). He also served two terms as President of the Screen Actors Guild.

Asner started his voice acting career in 1981, but his roles in voice acting really took off in 1992 when he voiced Hoggish Greedly in Captain Planet and the Planeteers. He would go on from that to role to voice many beloved, if somewhat gruff characters, as well as a plethora of one-shot characters for television, movies, and video games, his most famous recent role probably being Carl Frederickson from Up. (He reprised the role in the Disney+ series Dug Days, which premiered just three days after his passing.)

Productions he has played in:

"People love mean, crabby people who show the soft side, and I guess I've created a career now of developing that aspect."