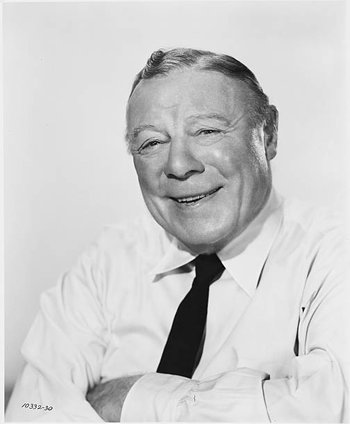 While Gwenn's career lasted several decades and encompassed stage and screen on both sides of the Atlantic, he is probably best remembered now for his role as Kris Kringle in the classic Christmas film Miracle on 34th Street (1947), for which he won the Academy Award for Best Supporting Actor and the Golden Globe Award. He is also remembered for appearing in four films directed by Alfred Hitchcock. (People who know him primarily for his Kris Kringle role may well be startled to see him playing an evil assassin in Hitchcock's Foreign Correspondent.)