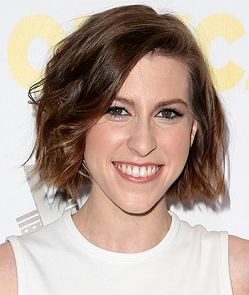 Eden Rebecca Sher (born December 26, 1991 in Los Angeles, California) is an American actress whose perky energy lends itself well to playing plucky girls. She started acting as a child; her film debut was in the short film Stuck. Following short-lived roles on Weeds and Sons And Daughters, she starred as Sue Heck in The Middle. On the voice acting side, she voiced the titular character of Star vs. the Forces of Evil throughout the series' run.