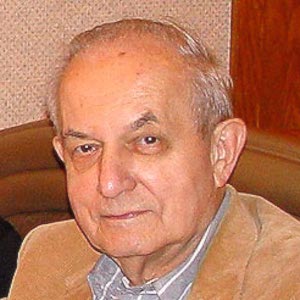 "There is life after pinball."
Advertisement:

Edward Paul Krynski (September 12, 1927 - November 15, 2004) was an American arcade game developer, a longtime industry veteran who is best known for his Pinball tables. He has been credited by historian Michael Shalhoub with designing over two hundred pinball games, more than anyone else in the history of the industry.

Though he was born on September 12, 1927 in Illinois, Ed did not get started in gaming until The '50s, when he joined Chicago's Keeney Co. as a designer. At Keeney, Ed Krynski developed numerous shooting, pinball, gambling, and arcade games under both the "J.H. Keeney & Co., Inc." and "Keeney and Sons, Inc." names. Although he was a prolific designer, Ed was never credited for his work, and quickly felt unappreciated there.

Ed Krynski finally left for Gottlieb in 1963; long-time designer Wayne Neyens was promoted to Chief Engineer, and Ed was hired to take over as the company's primary developer. Krynski found Gottlieb's familial atmosphere very inviting, and quickly produced numerous captivating and extraordinary designs that led Gottlieb to dominate the industry through The '60s and The '70s. Along the way, Ed came up with numerous innovative ideas, with drop target banks and inlanes being the most enduring.

Unfortunately, things turned sour in The '80s, when the Coca-Cola Company purchased Gottlieb's parent company, Columbia Pictures, and transferred their pinball assets to the Mylstar Electronics subsidiary. The familial atmosphere and emphasis on fun was gone, replaced with a cold and calculating focus on profitability; Ed frequently butted heads with management, and even noted that "Mylstar" sounded like "rat slime" spelled backwards. After redesigning El Dorado: City of Gold in 1983, he left Gottlieb on acrimonious terms.

For the longest time, Ed Krynski faded from public view as he ignored all interview requests, expo invitations, or anything else related with pinball or the people associated with them. It was not until 2000 that he relented, after his wife Gilda convinced him to speak to author Michael Shalhoub for his series of Pinball Compendium books. Bonding with Shalhoub with get-togethers over pepperoni pizza, Ed finally returned to the spotlight, culminating in 2003 when he was inducted into the Pinball Hall of Fame before his family, friends, and several hundred admiring fans.

Edward Krynski died on November 15, 2004 at the age of 77 due to complications from cancer.