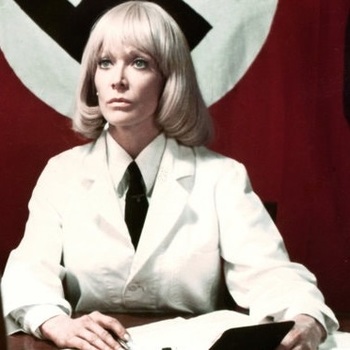 Born Dorothy Ann Seib, she began her career as a singer and stage actress (and appeared on an episode of Star Trek: The Original Series), before she became famous for her role in Ilsa, She Wolf of the SS (1975) as the title character, a sadistic and sexually-voracious Nazi prison camp commandant. The popularity of the film led to the creation of three sequels, each of which saw Thorne reprise her role as Ilsa, now as an international soldier of fortune of sorts, despite the fact that Ilsa was killed at the end of the first film: Ilsa, Harem Keeper of the Oil Sheiks (1976), Ilsa, the Wicked Warden, and Ilsa, the Tigress of Siberia (both 1977).